Just because I was away from the blog for months doesn’t mean I wasn’t busy!

Here’s a little something I did for the baby’s nursery. I knew I wanted to incorporate her first initial into the decor somehow, but I wanted something a little different. We decided to nickname the baby Mary, and the first thing my then 4 year old said was, “just like Mary had a little lamb!” Indeed! So a theme for the nursery was born, and the best way I could figure to make the initial was make it look woolly like a lamb.

For this easy little project, I used a wooden letter M, a sharp pair of scissors, a skein of Bunny Tail yarn (I dearly love this stuff!) and some white school glue. 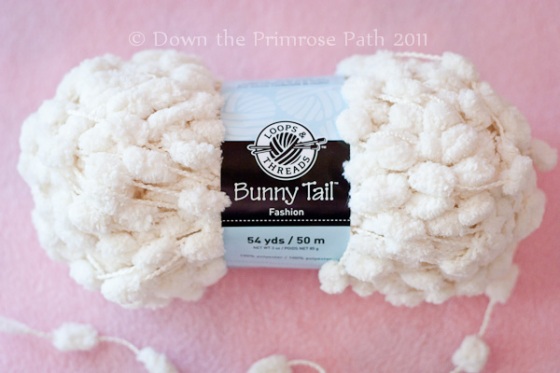 I didn’t take photos as I went along; I worked on mine late at night as I watched TV. But I’ll try to recreate the events for you. 🙂

First, I cut all the little “bunny tails” off the string. 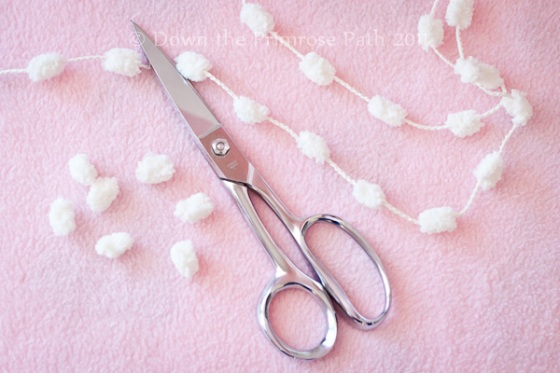 I don’t have a before photo of my letter M. It’s a large capital M that came primed from Michael’s. For the purpose of recreating, I’ll use this smaller, non-primed wooden letter. If your letter isn’t primed, it might be best to brush on a coat or two of paint in the color of your bunny tails so that the color of the wood doesn’t peek through.

Now I just smeared white school glue onto the wooden letter and positioned the bunny tails onto the letter. I worked in sections, making sure to smoosh them together as close as possible. The bunny tails are longer than they are wide, so I was sure to alternate their positions, putting them this way and that so there wouldn’t be any apparent pattern and it’d look more fluffly like real lamb’s wool. I covered the front and sides, but left the back unfinished so that it would lean or hang flat against the wall when I used it in my decor. 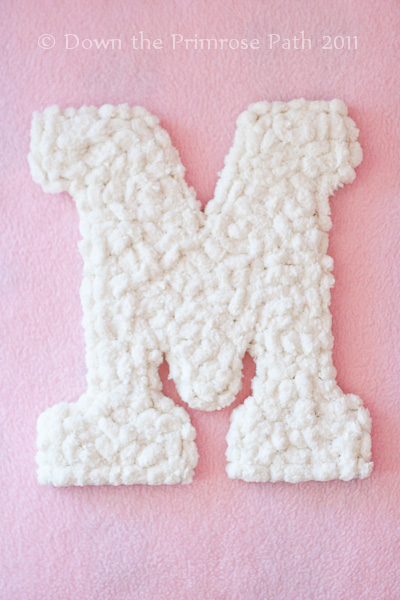 And voila! A woolly letter M!

I'm Stefani, a thirty-something wife, and mom of 4. I love crafts, sewing and photography, and I love to blog about it when I find the time. We live in beautiful Columbia, South Carolina.